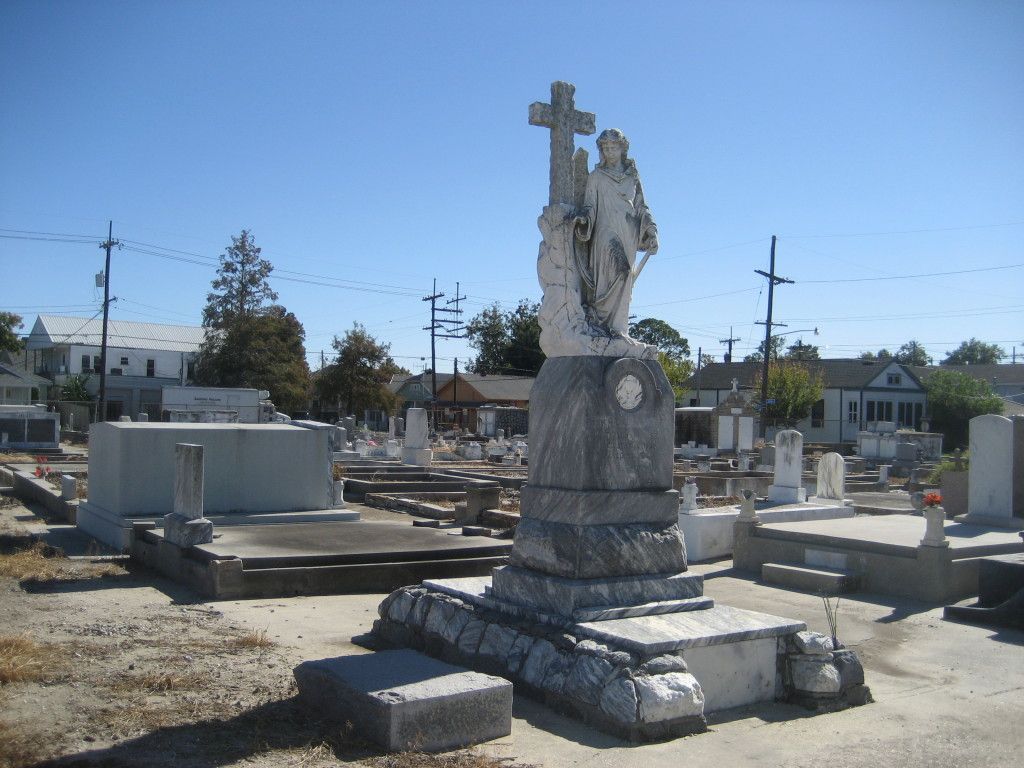 Established in 1849, Carrollton Cemetery is owned and operated by the city. The growing suburb of Carrollton was incorporated in 1845 and historian William H. Williams, writing in 1876, described the cemetery:

“A cemetery was established as an appendage to the town government, and owned by the corporation. It is situated in the rear of town, formed by the sedimentary deposit from the waters of the Macarty crevasse. The height of the land renders it suitable for burying in the ground - the most pleasant and beautiful as well as the most permanent mode of preserving our dead. The grounds are now becoming handsomely improved with tombs, trees, shrubbery, and flowers. The dead of forty years lie reposing here; many, it is true, now wholly neglected and forgotten; while on the other hand, the honored and well remembered names here scattered around on marble, are so many and so familiar to us all, that we feel, in the walks in our cemetery, as if we were moving in the midst of our friends.”

There is a small wall vault and a few temple tombs found in the cemetery. Although the tombs are not necessarily architecturally significant, there are some notable burials, such as Frederick Fischer and the Kirchoff and Lochte families. Throughout the cemetery are tombs of pioneering families, like the Heatons, Herrles, Thielers, Gogreves, Deibels, and O’Dwyers.