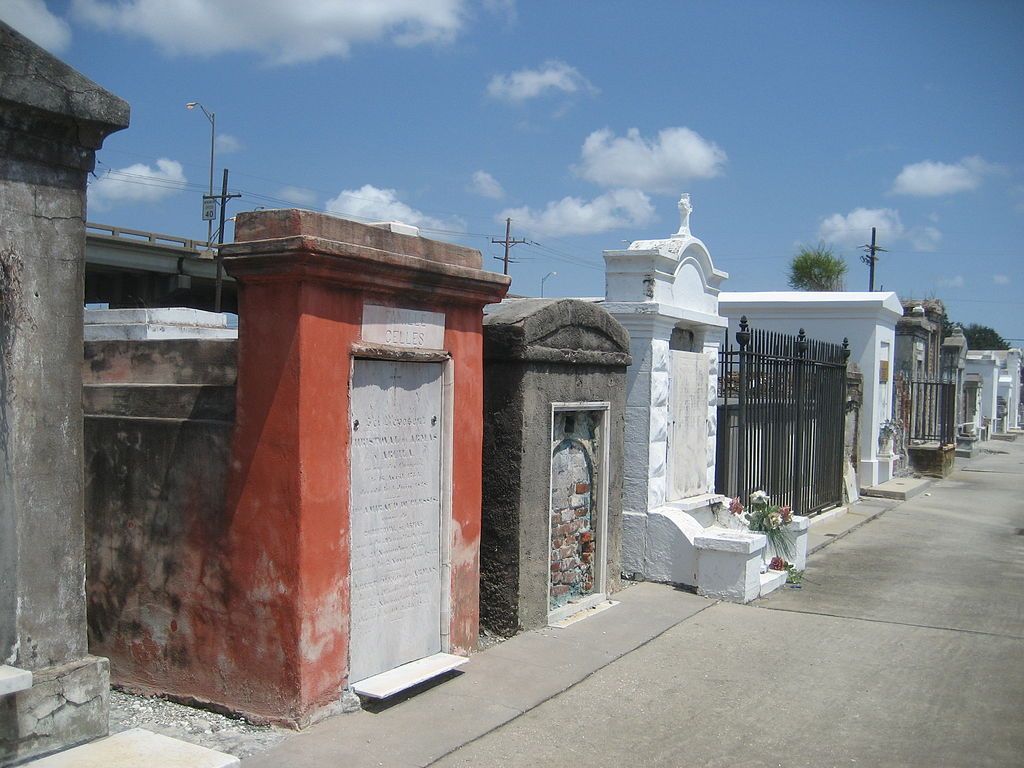 In 1820, the City Council, following the belief that the contagions of yellow fever, cholera and other pestilential diseases were spread by “miasmas” emanating from cemeteries, wanted to find a new site for a cemetery farther removed from the center of population. The Council insisted on locating a new cemetery at least 2,400 feet from the city limits and the nearest practical site, on what is now Claiborne Avenue, was only 1,800 feet from Rampart Street. The matter was finally settled by an enabling act of the State Legislature. The city deeded it to the wardens of the Cathedral and the site was fenced. The church consecrated it for burials in August 1823.

From contemporary maps, the cemetery is shown as one continuous piece of property running from Canal to St. Louis Streets. The division into squares was done when Iberville, Bienville, Conti and St. Louis Streets were cut through.

Four-fifths of the square once facing Canal Street, though fenced, was only used for a few scattered burials; it adjoined the property of Newton Richards, a builder of tombs and monuments who had bought it in 1840. In 1845, Increase Stoddard Wood bought out Richards and succeeded in getting the New Orleans City Council to sell him the rest of the square for $11,400 in March 1846. To do this, the Council had to annul the City’s gift of the land, made 23 years previously to the wardens of St. Louis Cathedral on the grounds that to extend the cemetery to Canal Street at that time would endanger the health of the rapidly growing city. The City set aside the money to be used to create another cemetery, which eventually happened with the establishment of St. Louis Cemetery No. 3.

St. Louis Cemetery No. 2 is well laid out with a straight center aisle and parallel side aisles. All three of the squares are surrounded by wall vaults except one side of the middle square.