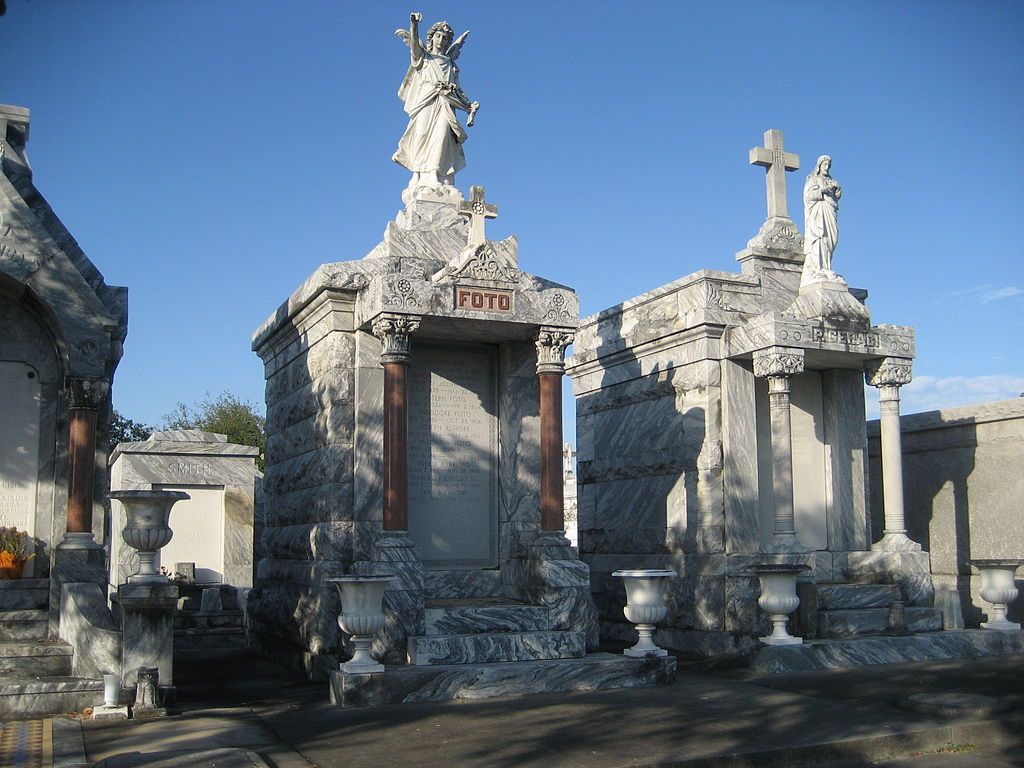 On an area once known as Metairie Ridge, this cemetery is one of New Orleans’ largest and most historic resting grounds. The history of the cemetery dates back to its days as a racetrack, and the oval shape of the track can still be seen on the property today. However, it was converted to a cemetery following the Civil War. The decision to turn the land into a cemetery was accompanied by desires to make it resemble the rural cemeteries of the east, with spacious, landscaped grounds, lakes, and broad roads connecting smaller paths.

A charter was granted to the Metairie Cemetery Association in May of 1872. It was planned and designed by the architect Benjamin Morgan Harrod, who also designed the receiving vault that exists to this day near the cemeteries’ entrance. The cemetery was placed on the National Register of Historic Places in 1991, bestowing a great honor on one of the cities’ most prized cemeteries.

Metairie Cemetery holds the graves of over 9,000 people, amongst those many distinctive persons and families. It includes at least nine governors of the state of Louisiana; seven mayors of New Orleans; 49 kings of Carnival; and three Confederate generals, including P.G.T. Beauregard and Richard “Dick” Taylor, son of U.S. President Zachary Taylor. Jefferson Davis, the only president of the Confederate States of America, was entombed here temporarily after his death in New Orleans in 1889. Louis Prima, the world-famous singer and entertainer, is also buried here, as is Tom Benson, owner of the New Orleans Saints.