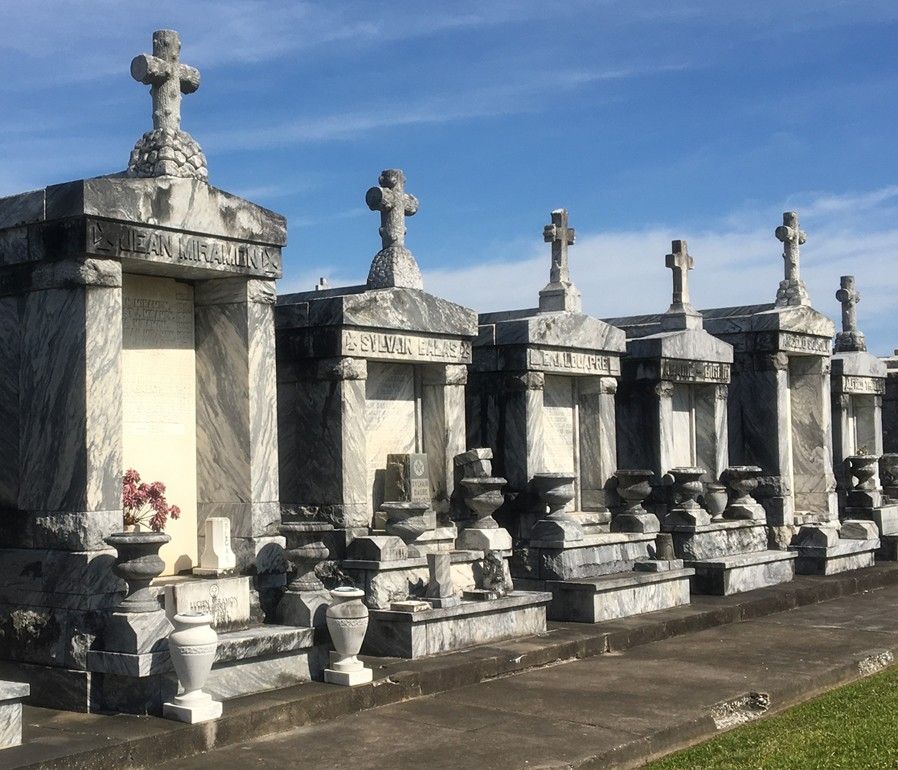 St. Louis Cemetery No. 3 is located towards the end of Esplanade Avenue, near Bayou St. John. The cemetery had its beginnings in 1848 when an Act was passed by the Legislature in March of that year under which the City Council privileged the Cathedral wardens to establish a new cemetery. The next year, 1849, the wardens bought from Felix Labatut a tract of land on Esplanade Avenue near Bayou St. John. The price was $15,000 and the wardens used money that the City had set aside for this purpose when they were dispossessed of Square 4 of St. Louis Cemetery No. 2 in 1846. The authorization by the city to establish the new cemetery was accepted by the wardens in December of 1850. It was not, however, until 1854 that the wardens advertised for bids for clearing the land and building fences and an entrance gate.

The plan for the first two "squares" of the new cemetery called for three main aisles, the center being named for Saint Louis and the other two for Saint Peter and Saint Paul; four smaller parallel aisles or allées were named after Saint Mary, Saint Joseph, Saint Magdalene, and Saint Philomene. After the cemetery was in use for some years, on April 14, 1865, a new plan was developed by surveyor J.A. D’Hemecourt, which greatly extended the depth of the burial grounds. The main aisle was increased in width by 10 feet at the expense of the two side allées so that the cemetery presents a rather uncrowded appearance despite its multitude of closely built tombs. The cross aisles for the new plan were named for bishops and archbishops of the diocese.

In the 1980s, St. Louis No. 3 was expanded to its present size increasing the number of squares from three to five full squares and a smaller square 6.  There are approximately 10,000 multiple-use burial sites which include 5,000 condo-like mausolea, 3,000 wall vaults, 1,500 to 2,000 individual family tombs, and about twelve society tombs of which six to eight are considered active today.